A broken water pipe. A breach in the levee. Heavy rainfall. Hurricane storm surge. All these sources of flood water will damage a building and require structural drying as part of the disaster cleanup.

So how does it work? The longer someone waits, the more mold that grows and the more damage that requires remediation. You gotta act fast!

After the waters recede, a flooded house, apartment, church, or business becomes prime real estate for bacteria, mold, and other dangerous contaminants. Structural drying with GreenTech Heat equipment may kill most organisms living in the interior spaces we inhabit. In the laboratory, Stachybotrys chartarum, also known as toxic mold, is killed in 30 minutes of 140°F (Domsch, 1993, pg. 745). E. coli rarely survive beyond 10 minutes of 150°F (Padhye and Doyle, 1992). Hantavirus is rendered inactive with exposures of 30 minutes of 140°F (Manual of Hemorrhagic Fever and Hantavirus Pulmonary Syndrome. WHO. p. 196).

A building’s electrical supply may not be available after a flood. Whereas electrical heating equipment requires a significant amount of energy, the fans for a portable direct fired heating system can be powered by a portable generator and propane is the heat source. The Titan 800 generates up to 990,000 BTU and can raise interior temperatures to 180°F.

Dehumidify and Flush the Structure

The Titan 800 heats and moves a significant volume of air while treating the building. Treatment creates an open system where more than 5,000 cfm of heated air flows into and through the structure, and is vented out as part of the treatment. As the structure actively dries, air contaminated by mold spores, bacteria, and viruses is continuously expelled from the treatment zone.

Each Titan 800 produces 5,000 cfm. Proper utilization of ducting and fans will distribute air throughout the structure, reduce stratification, and disrupt stagnant areas. A single Titan 800 can produce enough heated airflow to dry and sanitize a 30,000 cubic-foot structure. 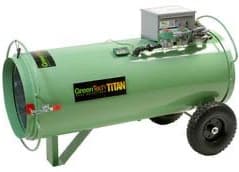 When airflow is actively managed and the treatment area is aggressively ducted, a Titan 800 can flush all the air in a 30,000 cubic-foot structure up to ten times per hour. Whereas traditional dehumidifiers recirculate the air in a structure, treating with a Titan forces heated, sanitized air throughout the structure. As the air exits the building, it takes humidity, impurities, and contaminants with it. Whatever remains in the structure is denatured by the 180°F treatment air.

Let the GreenTech Heat Titan 800 help you dry and sanitize your flooded or water-damaged structure.

Now you know where
to find bed bugs 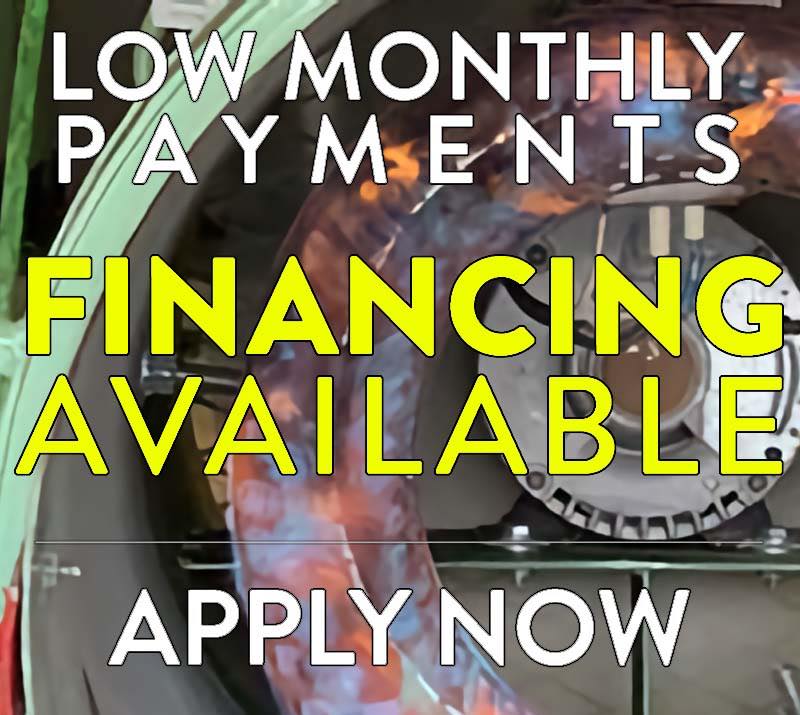 During an open system treatment with propane heaters, vent the building out the door the Titan directly ducts into. This will begin to preheat the air around the heater, improving heat buildup and reducing treatment times. 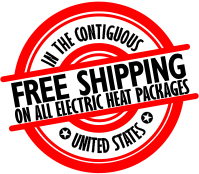 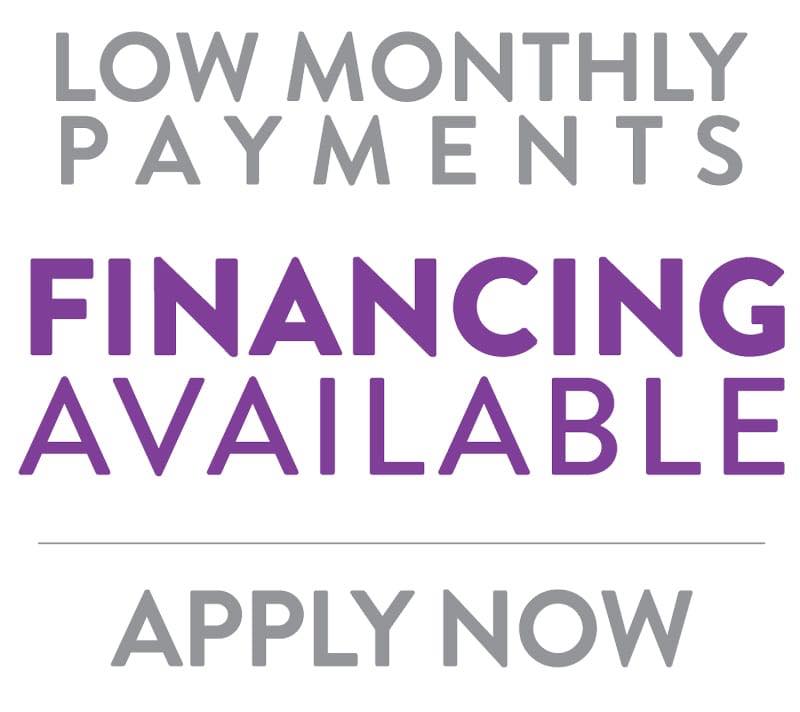 GreenTech Heat designs, manufactures, and sells heaters and treatment accessories specifically designed for the efficient killing of all insect pests, especially bed bugs. When properly applied, our equipment consistently provides a 100% kill, 100% of the time, every time. Modern bed bug populations are highly resistant to the insecticides used for their control. Bed bugs can be difficult to access and insecticides do not work as well as they once did. Heat is known to be a very effective bed bug killer and it can be used in many different ways to treat infestations. Our equipment will kill bugs and black widows with thermal remediation.