VERY impressed with y’alls company so far, to say the least! This has been a very stressful time as my wife is leaving her job of 16 years to join me. Although I’m not 100% up and running yet, I see the potential and couldn’t be happier with the service or equipment! 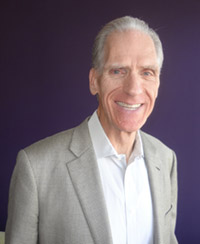 The use of convected heat was first introduced to the structural pest control industry by Drs. Charles Forbes, Walter Ebeling, and Michael R. Linford. In the thirty-plus years since conceiving, developing, commercializing, and patenting this technology, Dr. Linford has owned several entities to continue the expansion of the methodology. These entities include Isothermics, TPE Associates, Strategic Bed Bug Innovations, and lastly GreenTech Heat. During this developmental and expansion period some of the names Dr. Linford has assigned to this technology are Thermal Pest Eradication, TPE, ThermaPure, ThermaPure Heat, and GreenTech Heat. He continues to move this technology forward for insect infestation and microbial contamination.

—from Hot House, a Selective History of Convected Heat
in the Pest Control and Remediation Industries

Innovates and manufactures heaters and related equipment for the eradication of insects and odor control due to bacteria and VOCs. Provides training for companies in applying Linford’s heat treatment methodology using his EPA registered technical manuals.

Institute Director and Instructor and Seminary Coordinator, 1990 to 2003.

What to expect after a bed bug heat treatment

GreenTech Heat designs, manufactures, and sells heaters and treatment accessories specifically designed for the efficient killing of all insect pests, especially bed bugs. When properly applied, our equipment consistently provides a 100% kill, 100% of the time, every time. Modern bed bug populations are highly resistant to the insecticides used for their control. bed bugs can be difficult to access and insecticides do not work as well as they once did. Heat is known to be a very effective bed bug killer and it can be used in many different ways to treat infestations. Our equipment will kill bugs and black widows with thermal remediation.